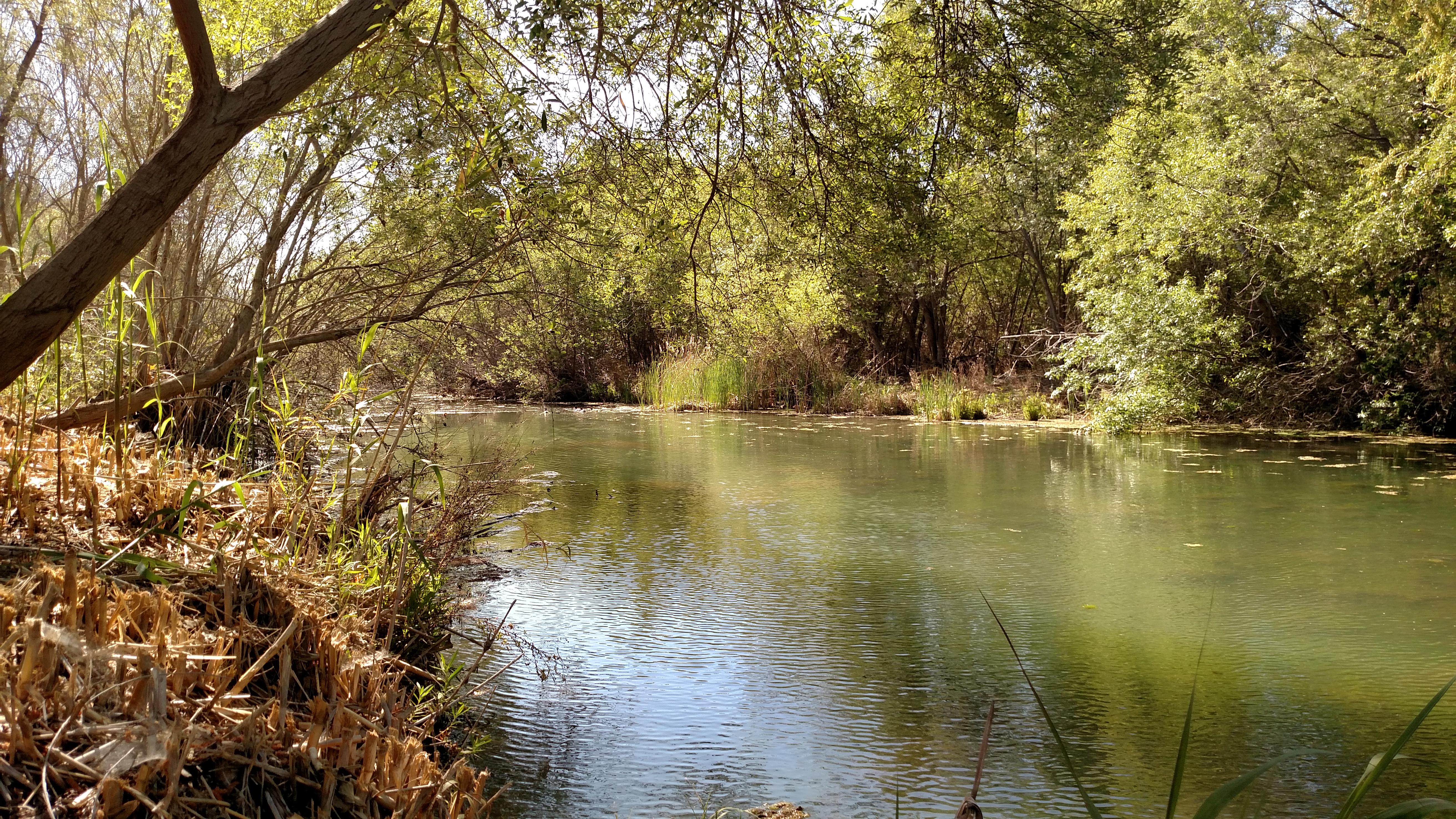 Acquired between 2009 and 2012, Big Rock Preserve is actually a collection of 4 smaller properties owned by the Land Trust, plus 3 adjoining properties we manage. The name Big Rock comes from a swimming hole on the property, that, according to several longtime Ventura residents, at one time had a large boulder nearby. Though the boulder is no longer present, the water still is.

Big Rock is one of the only places between the estuary and Matilija Canyon that has year-round water. This is due to the particular geology of the area, where the bedrock is very close to the Earth's surface. We have seen endangered steelhead trout (Onchyrinchus mykiss) at this preserve, as well as western pond turtles, herons, bobcats, and lots of other wildlife. 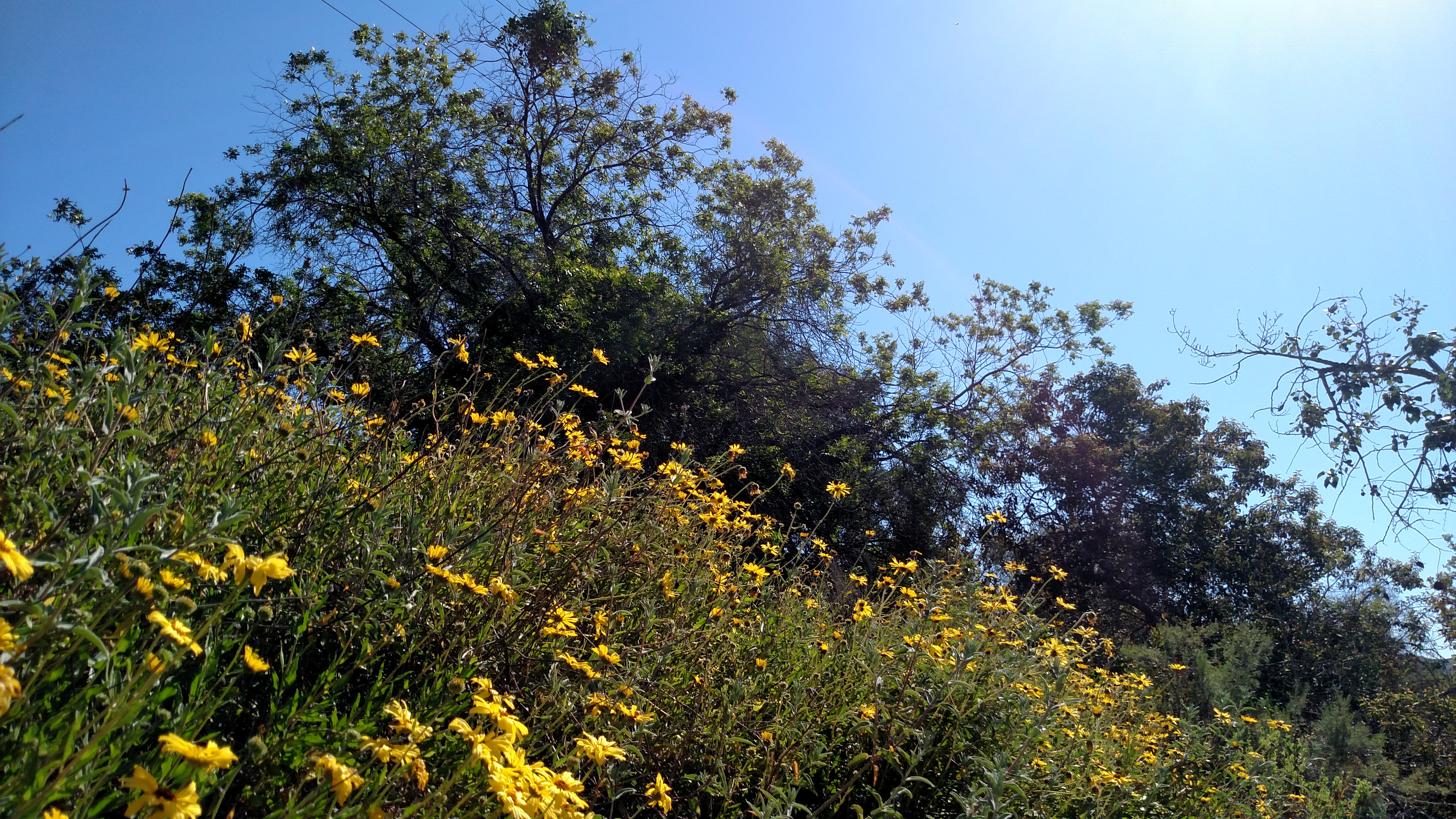 Spring time brings new life each year to the preserve

Years worth of work has gone into removing large amounts of invasive species from the river banks. Removal of giant reed, aka Arundo (Arundo donax), began in October in 2015 and after one year more than 24 acres of this non-native plant had been removed! Because such large areas of the river habitat was now open, dedicated volunteers and Ventura Land Trust staff planted over 1,000 native trees and shrubs to restore this threatened riparian ecosystem. Several beautiful areas of the river are accessible by trail, as well, and the public is welcome to come visit this preserve from dawn to dusk everyday.

The Big Rock Preserve suffered extensive damage in the Thomas Fire and 90% of the 1,000 trees that had been planted were scorched. Ventura Land Trust is currently restoring the fire damage and is committed to bringing the Preserve back to its former glory. Click here to support our Thomas Fire Recovery efforts.

Big Rock Preserve is located just south of Foster Park along the Ojai-Ventura Bike Trail. There are two entrances to Big Rock.

North Entrance: Take Hwy 33, exit at Casitas Vistas Road, turn right and park underneath the HWY 33 overpass. Walk towards the bike trail and turn left. Continue south for approx. 1/4 mile along the dirt path adjacent to the Ojai-Ventura Bike Trail until you see the Big Rock preserve entrance on the right (look for the kiosk, bench and bike rack under the pepper tree).

South Entrance: Take Hwy 33, exit at Casitas Vistas Vista Road. Turn right and continue straight (under the highway) on North Ventura Ave. Parking is available along North Ventura Ave. Walk north to the break in the fence and take a right along the dirt path adjacent to the Ojai-Ventura Bike Trail. Continue north for approx. 1/4 mile until you see the Big Rock preserve entrance on the left (look for the kiosk, bench and bike rack under the pepper tree). 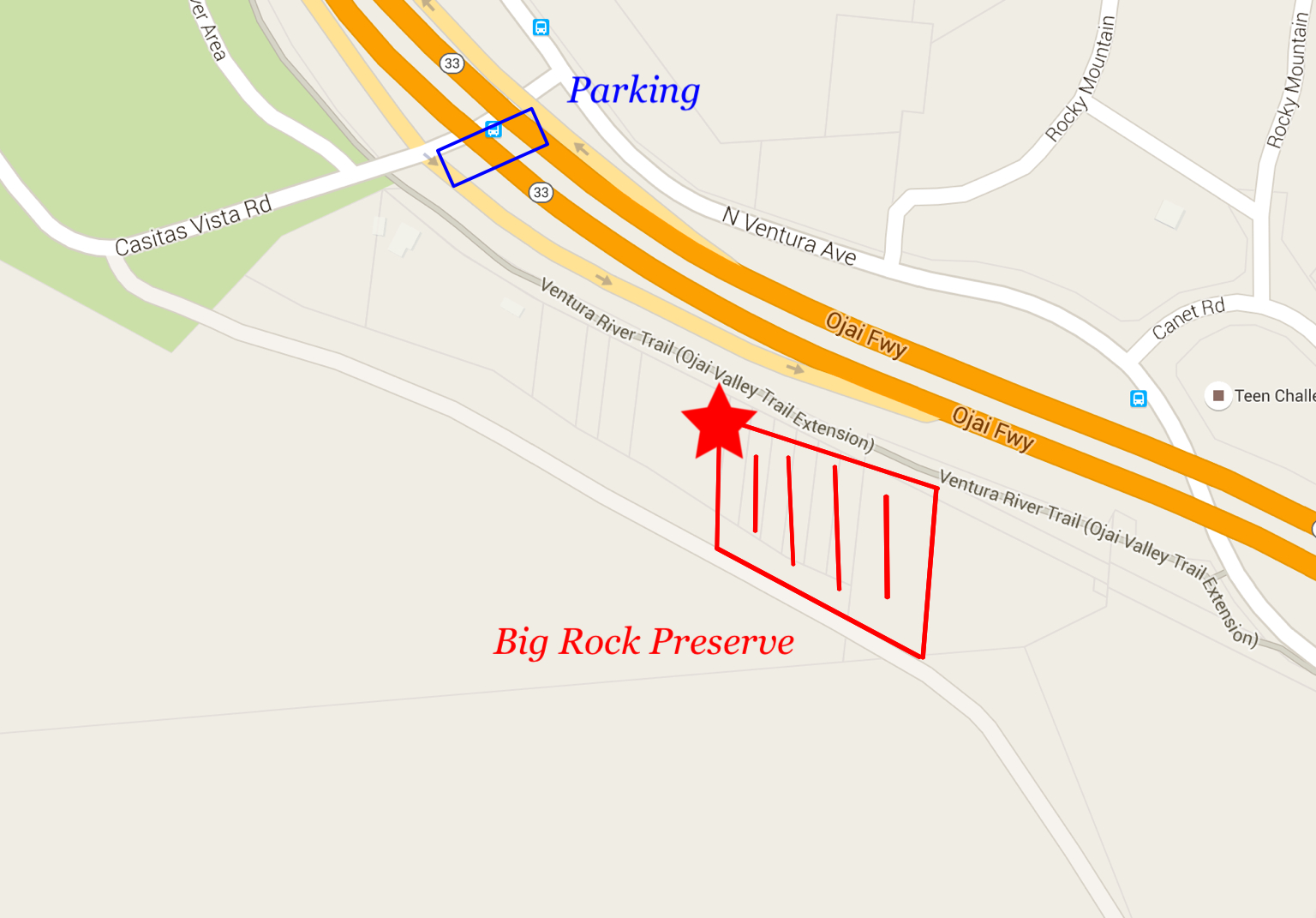