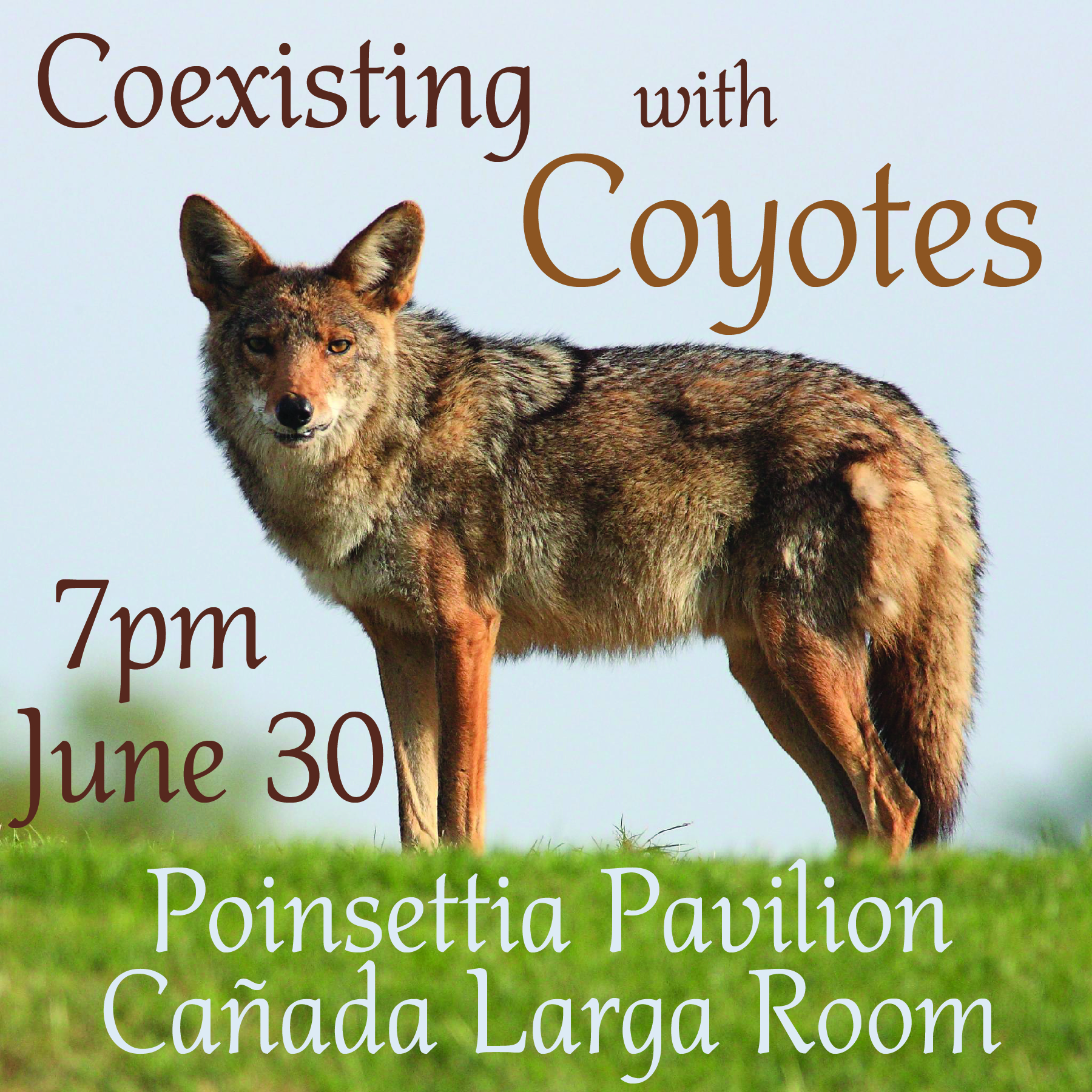 Known as “song dogs,” a coyote’s nighttime yips and howls are often heard coming from the Ventura hills. Coyotes howl to communicate to other pack members – to coordinate hunts, establish territories and simply tell other coyotes know where they are.

Human-coyote interactions are on the rise. During California's ongoing drought, coyotes are on the lookout for food and water in our gardens, backyards, alleyways, parks and open spaces. Favorite non-wild foods include garbage, fruit from landscaped trees, and even the occasional small pet.

All too often coyotes are given a ‘bad rap’ but in reality, they are one of North America’s unique wildlife species.

Join David Lee, California wildlife guru and senior biologist with Davey Resource Group, on Thursday, June 30 from 7 - 8pm for a FREE open-to-the-public presentation to learn about Ventura's urban coyotes and the ways humans and coyotes can peacefully coexist.

To learn more about David Lee (and see some fantastic wildlife videos!), check out his Facebook page: https://www.facebook.com/davidleebio/?fref=ts