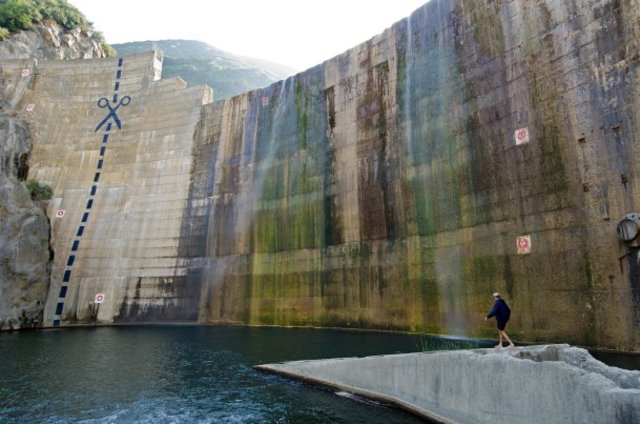 Join Paul Jenkin, founder of the Matilija Coalition and campaign coordinator for Ventura Surfrider Foundation, as he provides a fascinating overview of the ongoing efforts to remove the obsolete Matilija Dam from the Ventura River.  The goal of the Matilija Dam removal project is to restore fish passage to the upper watershed and natural sediment transport to local beaches.

Constructed in 1948 on Matilija Creek, a tributary of the Ventura River, the dam no longer serves its intended purpose.  Over time the reservoir has filled with sediment, yet the crumbling concrete continues to trap sand that should be replenishing Ventura beaches.

The Matilija Coalition is a local organization that includes Surfrider Foundation, Patagonia, California Trout, and others.  For nearly 20 years the coalition has been working with state and federal agencies to develop a strategy to remove the dam and restore the river. The proposed demolition of Matilija Dam, 16 miles upstream from the Pacific Ocean, is part of a movement across the western U.S. to remove obsolete dams that are a danger to humans and an environmental threat to wildlife.