The Hayden Preserve is a small 2 acre parcel of land primarily preserved for wildlife habitat and occasionally used as a learning preserve where local students can participate in environmental education activities in an outdoor setting. Students practice the skills associated with environmental careers such as habitat restoration, installing wildlife cameras, creating open space management plans, and making environmental assessments. In the future, the property may also serve as a nursery for locally sourced native plants to be used for restoration projects on other VLT preserves. 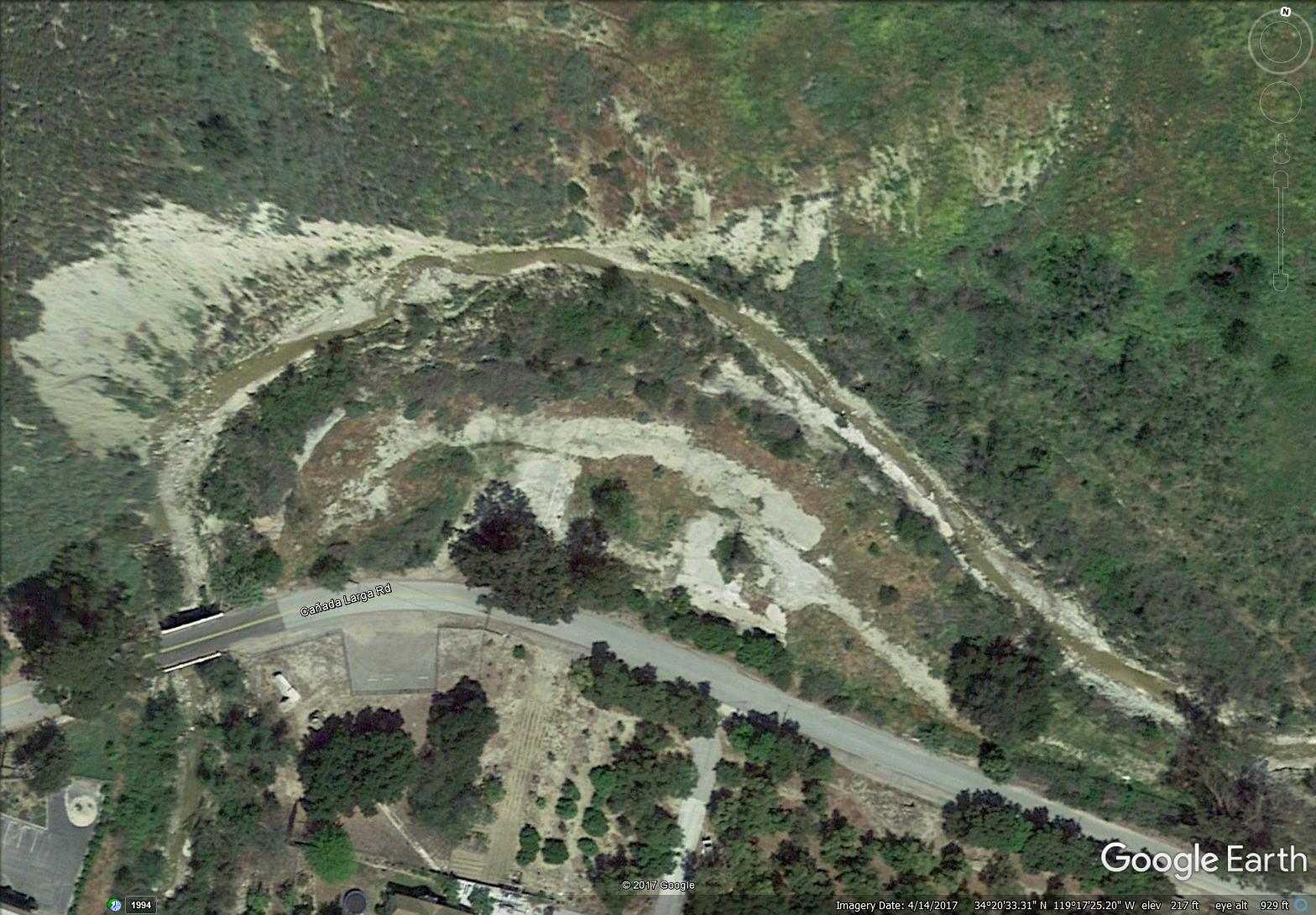 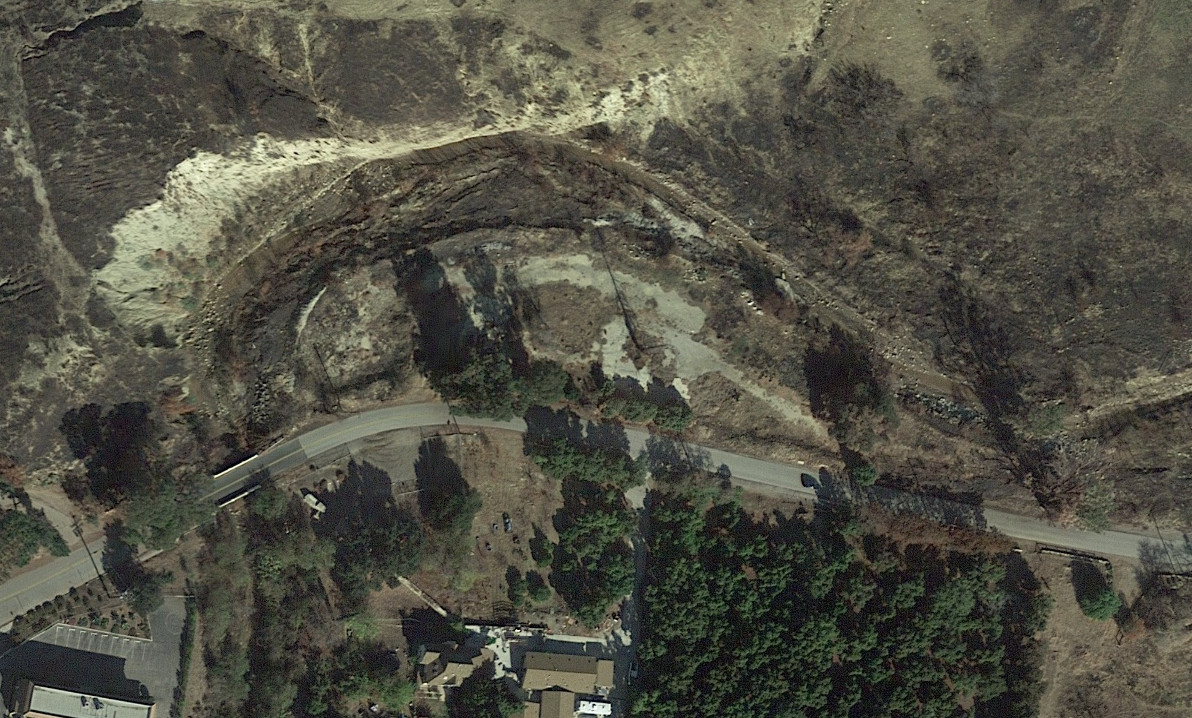 The Hayden Preserve consists of upland scrub habitat and a Creek Riparian habitat along the border of the property. Due to the size of this property and its location, the recreational value is currently low and the preserve is closed to the public outside of education and restoration events.

In the upland scrub environment, mulch has been spread and native plants have been reintroduced to the area. Despite the Thomas Fire (December 2017) sweeping through the property, life has rebounded on the property.  Efforts to reinstate native flora have included plantings of willow (Salix sp.), mulefat (Baccharis salicifolia) and scale broom (Lepidospartum squamatum). To aide this process, Ventura Land Trust has contracted water usage from the City of Ventura, and regularly waters the plantings on the preserve.

With proper restoration and management over time, the non-creek portion of the property will transition to mulefat/willow scrub habitat enhanced by sycamores, cottonwoods, coast live oaks and valley oaks. 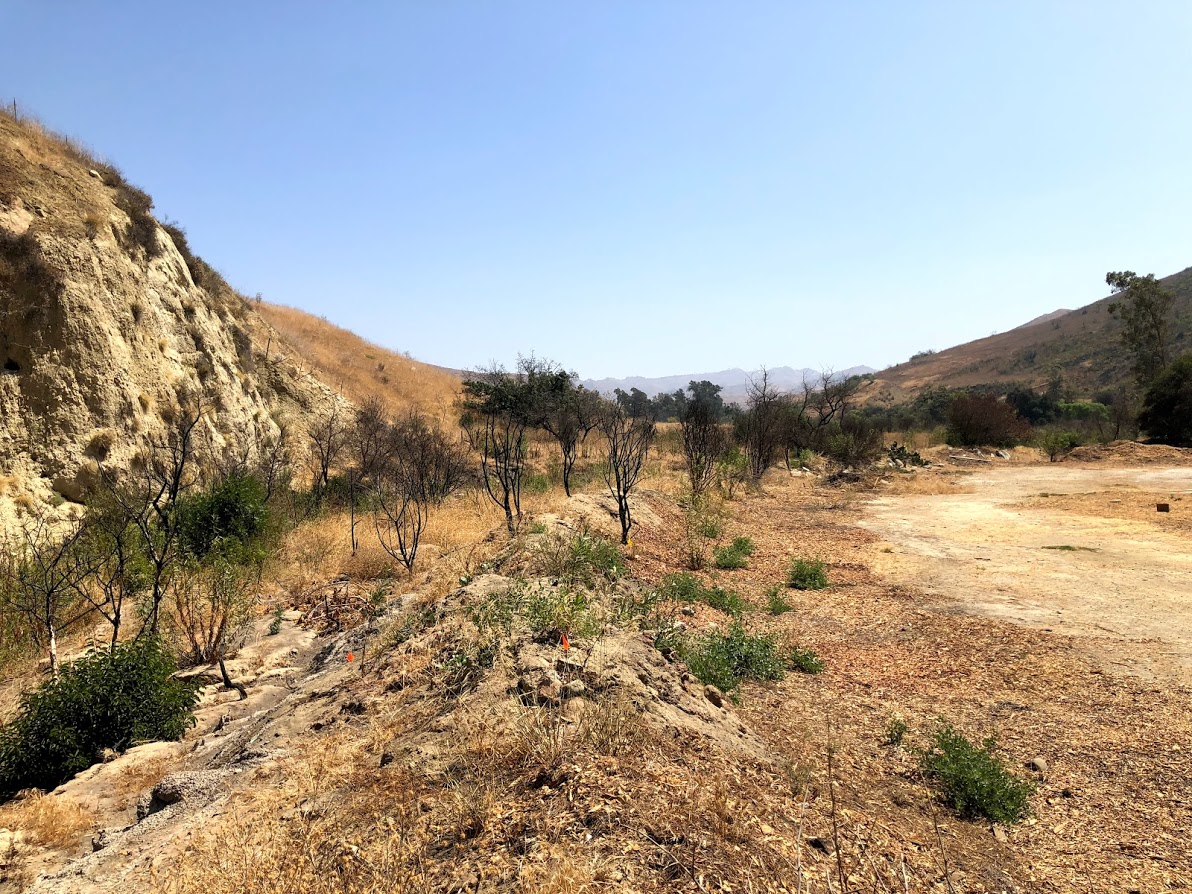 For the Creek Riparian habitat, abnormally dry seasons have all but erased the creek outside of the limited rainy season. The path of the creek is apparent, cut out mostly from the occasional flash flood, however water does not flow regularly through the riparian creek habitat outside of the rainy winter season (typically dries by April).

Regardless, the lack of water has not inhibited native plants from flourishing in this area. Willow (Salix sp.), mulefat (Baccharis salicifolia), and scale broom (Lepidospartum squamatum) can be found throughout the stream bed. The ground type is a mix of sandy, rocky earth, with the occasional clay steppe. The east side of the Canada Larga stream plays host to a large cliff face, making stream accessibility from the east nearly impossible. With this in mind, wildlife is quite active on the west side of Canada Larga stream. The creek portion of the property contains relatively intact riparian vegetation, but it is compromised due to legal and/or illegal riprap and other concrete “fill” used to bolster/heighten the southern creek bank to protect the property. 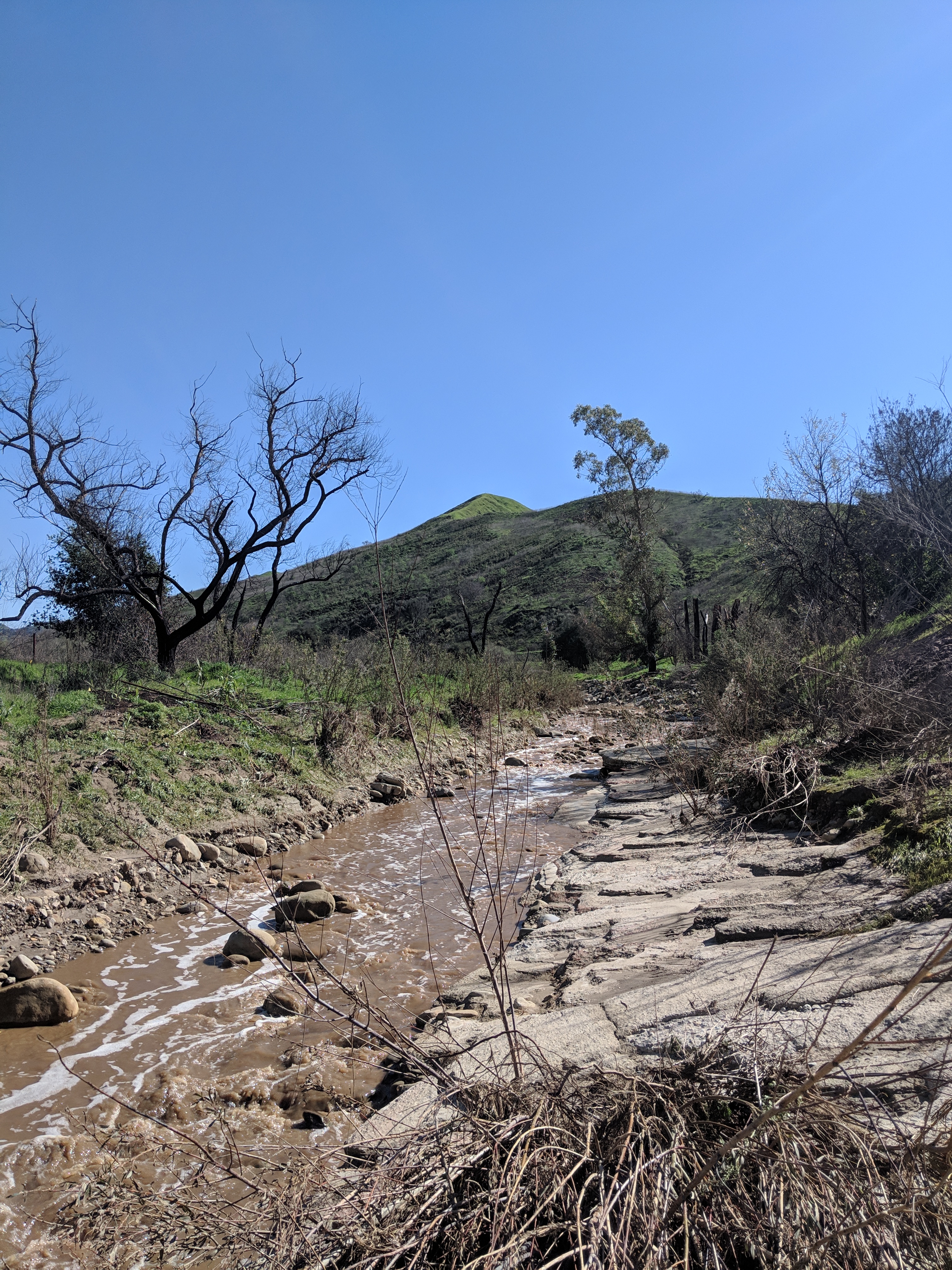 The Cañada Larga Creek has been designated critical habitat for the southern steelhead and CA red-legged frog, and restoring this highly-impacted section of creek will be important to their survival, as this site is acting as a “pinch point” compared to the broader, more natural areas upstream. We believe the stream bank modification was constructed to protect structures that were in danger of eroding into the creek. Unfortunately, this modification may have resulted in the property becoming more vulnerable to flooding.

The Hayden family lived on the property until a large flood washed away their house at least 30 years ago. In the intervening time, dumping took place on the property. While VLT has already cleaned up several tons of easily-accessible trash from the site, the river channel itself still contains large amounts of debris and we believe that removing the nonnative vegetation will reveal still more trash. 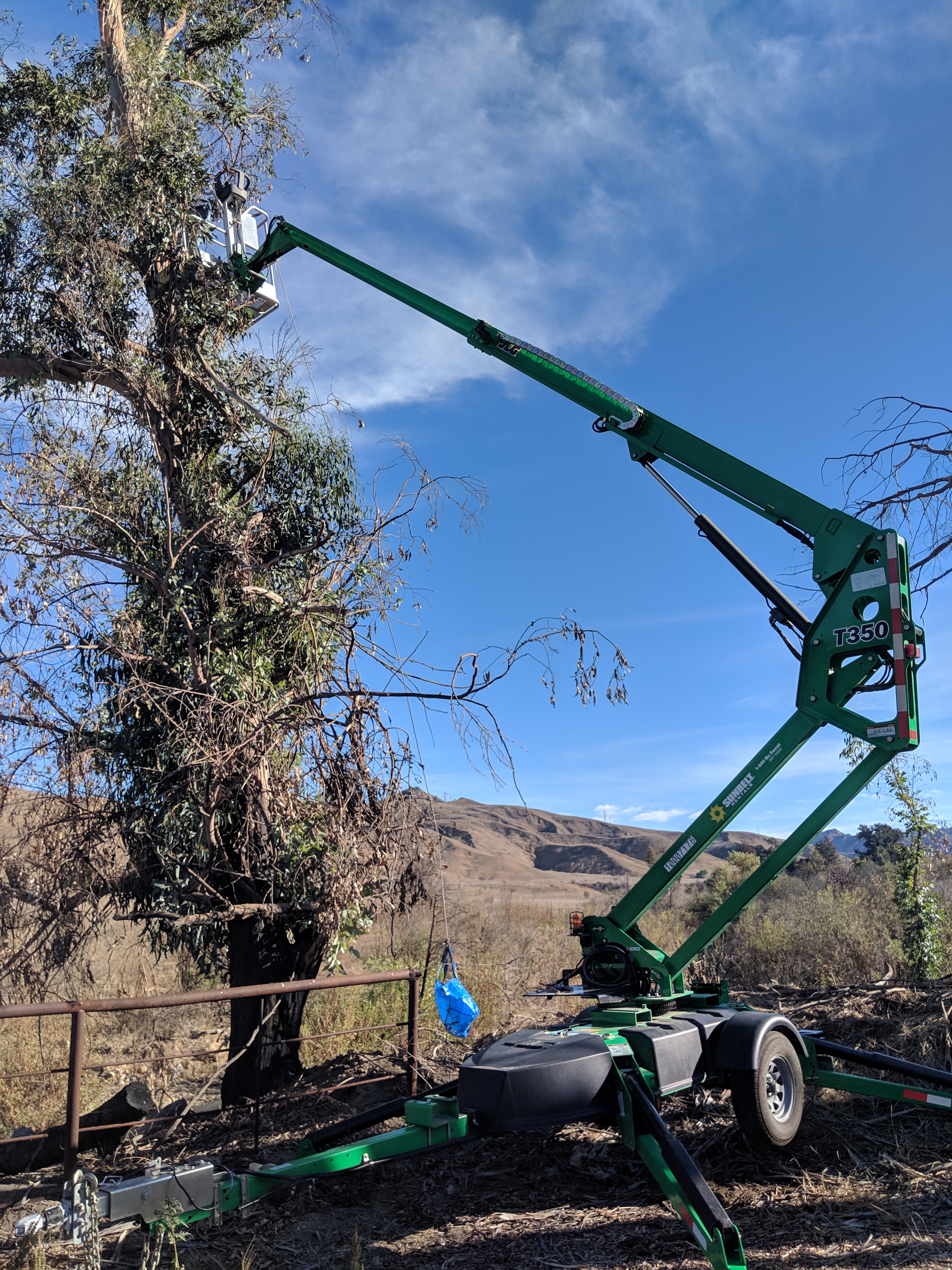 During the Thomas Fire, a red tailed hawk's nest was knocked down from one of the eucalyptus trees along the property boundary when it burned. This area is a historic hawk nesting site and when VLT staff discovered the nest on the ground we reached out to local hawk experts about restoring this site. VLT used a crane to put the nest back up into a nearby tree. We are happy to say that since the nest has been replaced, hawks have been seen checking it out and we are hoping that it will be used this nesting season!