Our Wildlife Neighbors- Nature on Tap 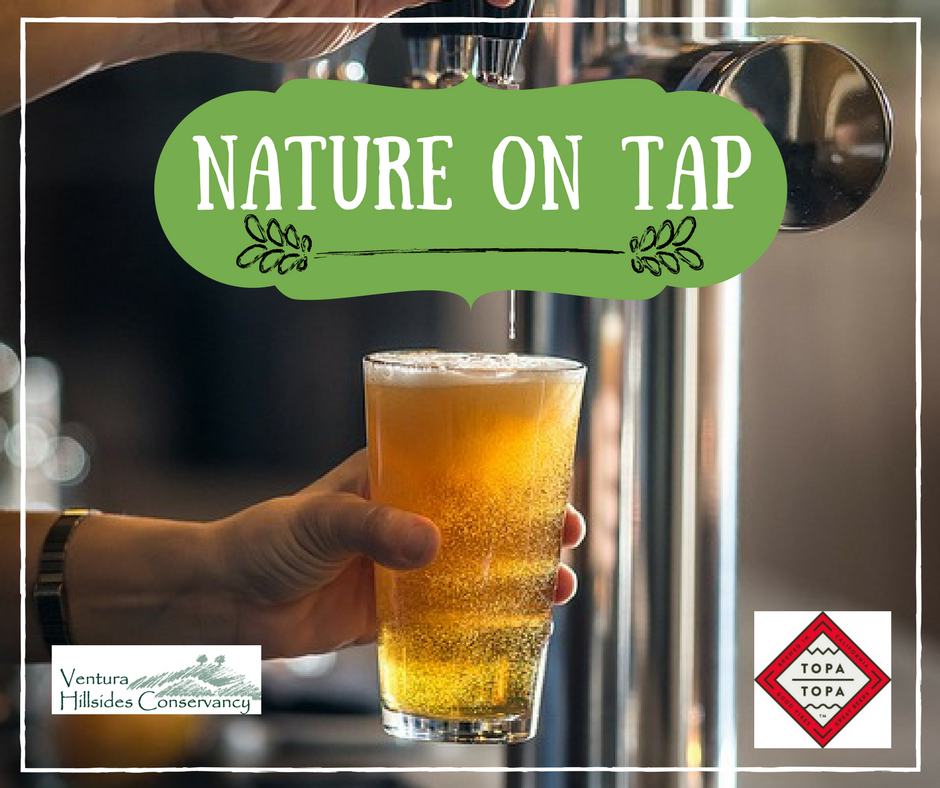 Our Wildlife Neighbors: From coyotes to crows, raccoons to rattlesnakes, opossums to osprey … Ventura has it all! Join Jessica West, Ventura Hillsides Conservancy biologist, to learn about the wildlife that lives on VHC properties, what is being done to preserve their habitat, and how the public can (and has!) become involved in studying our animal neighbors.

The Ventura Hillsides Conservancy (VHC) is teaming up with Topa Topa Brewing Company to host a series of three free environmental lectures during the summer months. On Monday, July 24, Monday, August 28 and Thursday, September 28, beginning at 7 PM, VHC staff members will talk about a variety of local environmental topics and answer questions about the organization’s mission, projects and programs.