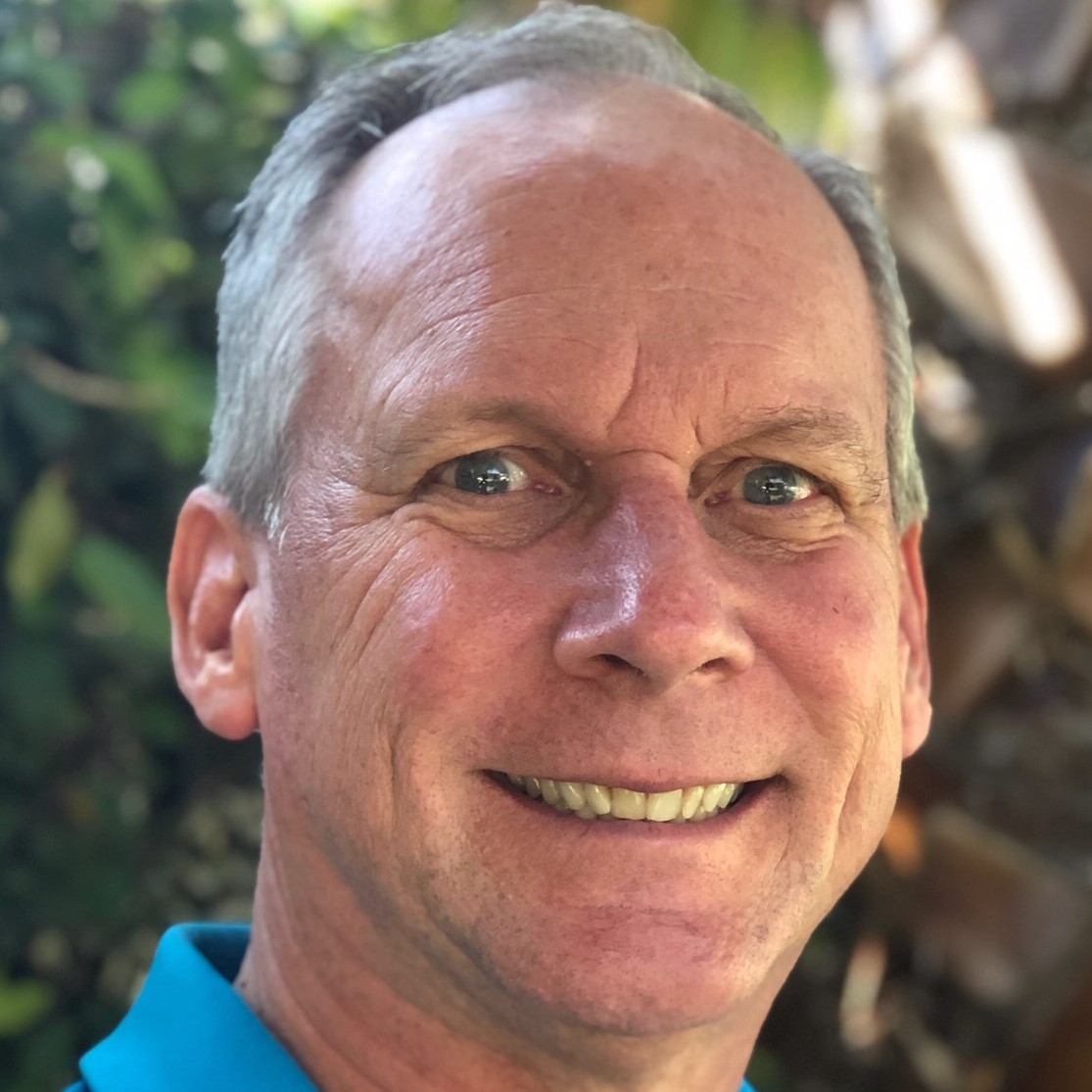 MARK WATKINS, President, a registered California Civil Engineer, received his undergraduate Civil Engineering degree from California State University Chico and a Masters in Public Administration from California State University Northridge. He has enjoyed a long career of public service working for the County of Kern, as the Public Works Director for the City of Thousand Oaks and most recently as City Manager for the City of Ventura. Mark retired from the City of Ventura in 2017. Mark has been an active hiker and backpacker since his youth and is also a sailor, diver, kayaker, and surfer. He and his wife Amy have lived in Ventura for more than 30 years and his three daughters were born and raised there. 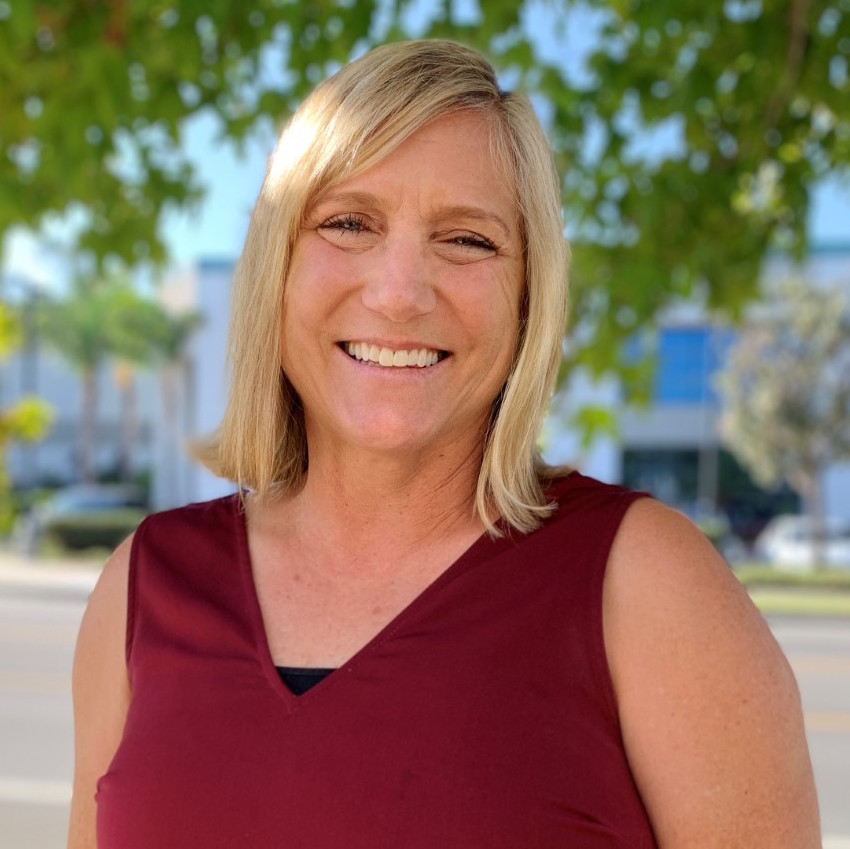 JILL SHAFFER, Vice President, A nonprofit leader and development professional for the past 30 years, Jill has served a variety of Ventura County community organizations. She currently is the Fund Development Director at the Ventura County Community Development Corporation and previously was the Executive Director of the Ventura County Leadership Academy as well as having worked for Habitat for Humanity and several Ventura County YMCAs. Having developed an early appreciation of our natural world while hiking, biking and bird watching with her father, Jill believes wholeheartedly in the critical need for everyone to infuse nature into their lives. A mother and grandmother and accomplished multi-sport athlete, Jill is excited use her fundraising skills and community connections to elevate the work of the Ventura Land Trust and preserve our open space for future generations to enjoy. 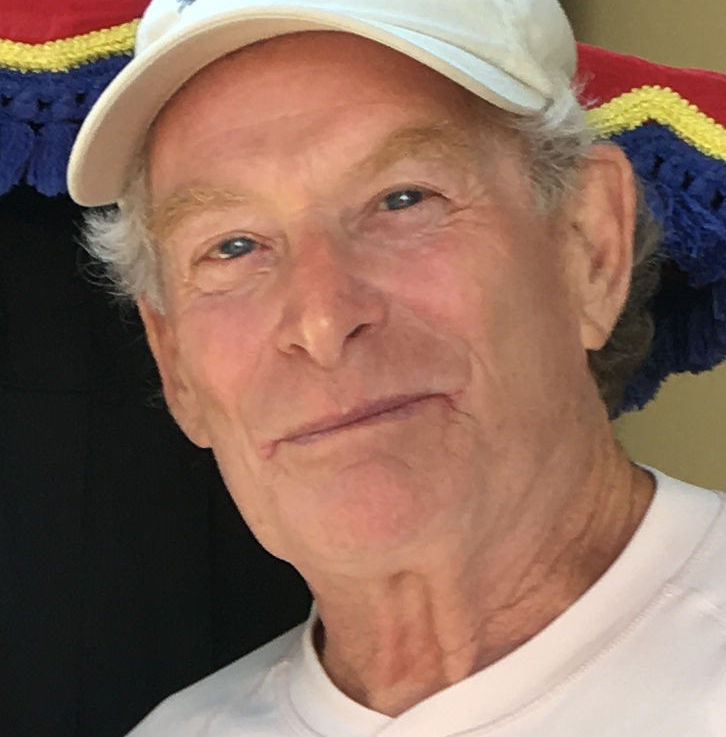 JOHN HANKINS, Secretary, is a lifelong reporter and editor, writing extensively about the political process, environment and grassroots activism. He owned the Santa Barbara County News Service and companion News Clipping Service, distributing original news stories and features to a dozen newspapers throughout the tri-counties. Now semi-retired, he is editor of Condor Call, the Sierra Club’s newsletter covering Ventura and Santa Barbara counties. Known as "Condor John," he serves on the Sierra Club board and as a speaker for the club’s Wilderness Basics Course. Born and bred on the East Coast, he joined the Navy and adopted California during dry dock, reveling in its progressive attitude and expansive outdoor opportunities for hiking, rock climbing and ocean sports. He met and married Suz Montgomery in Ventura and both are enamored with each other and with working in the political realm to ensure a better quality of life for all. 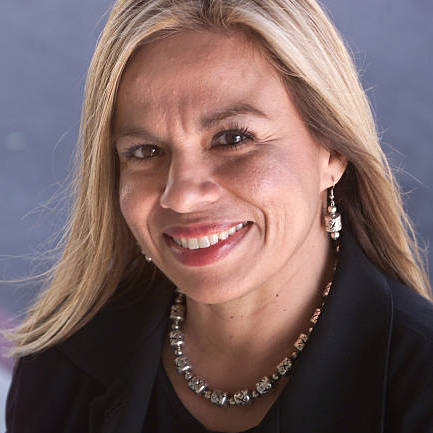 SYLVIA SCHNOPP, Treasurer, joined VLT’s Board of Trustees in summer of 2019. An Oxnard native who traces her Ventura County heritage back to the early 20th century, Schnopp brings a breadth and depth of experience gained over a business and community service career spanning more than two decades. Sylvia currently serves as REI’s Central Coast Corporate Outreach Coordinator where she advocates for stewarding of the land using collaborative solutions. In addition, she owns Schnopp Consulting Group providing consulting services to an array of businesses, government agencies and nonprofit organizations, and is currently working on publishing a historical fiction. During Sylvia's three-term tenure on the Port Hueneme City Council as councilmember and mayor, she set the stage for the city’s 70th anniversary celebration, helped the council and city keep focused in spite of contentions, and has been pivotal in working with city and state officials to ensure shoreline protection of Hueneme Beach. Sylvia, who has an MBA from California Lutheran University and B.S. in Business Administration from Cal State Northridge, is currently a longtime adjunct business and accounting professor at Oxnard College. She has served on many nonprofit boards and currently serves as a member of the Port Hueneme Water Agency, Ventura County Council of Government (VCOG), and CA Joint Powers Insurance Authority. 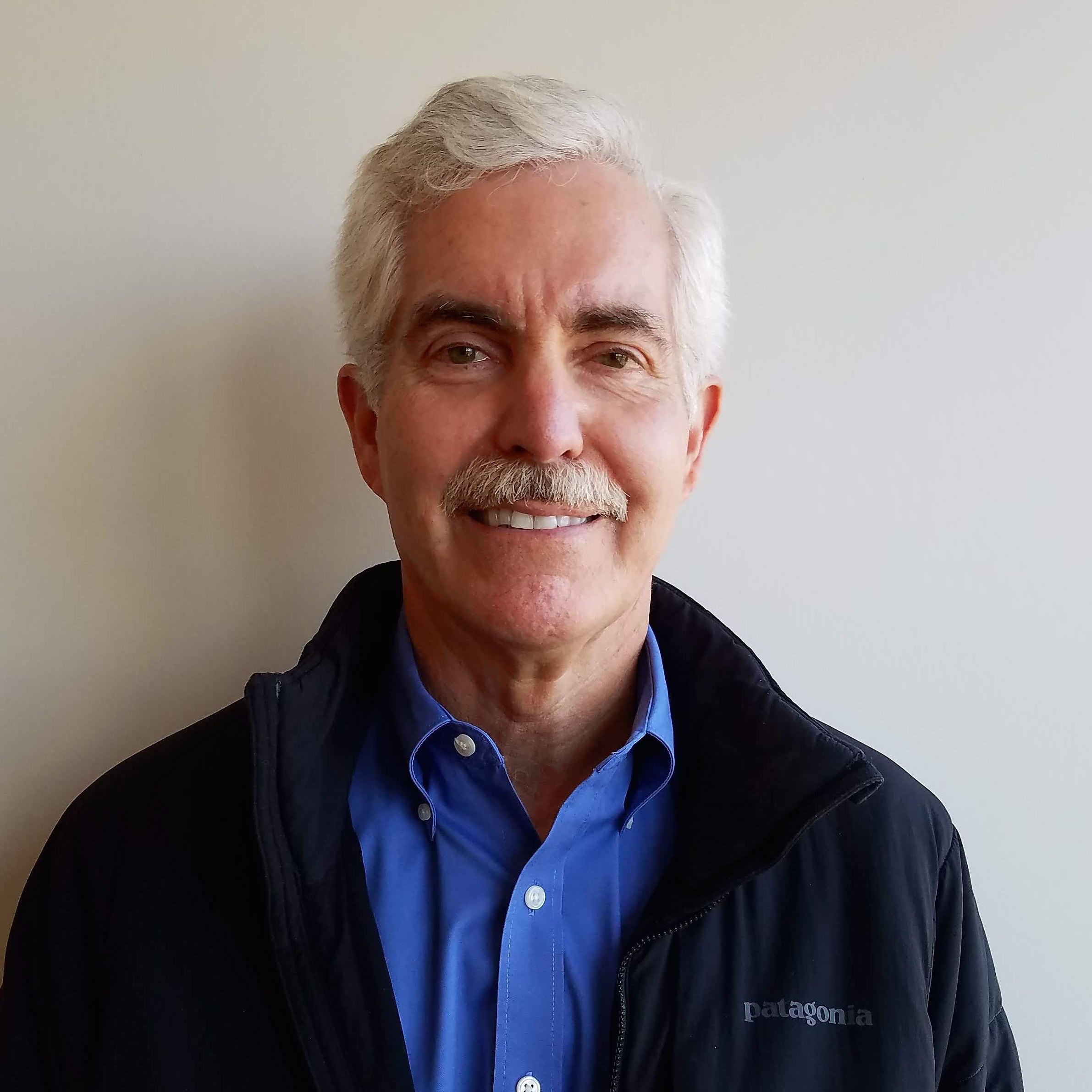 STEVE DOLL is passionate about the community and the causes he serves. He was born and grew up in Glendale, graduated from San Diego State University, moved to Ventura in 1989 with wife Caroline and two children. Being self-employed in commercial real estate has allowed Steve the flexibility necessary for involvement with many organizations. Entrepreneurial in spirit, he is a principal in a startup company making the Raticator, an ecofriendly, and humane rodent control using cutting edged infrared technology. He has served as Chairman of the Ventura Chamber of Commerce and the Ventura YMCA, Commissioner for the Ventura Port District, and President of the Ventura Downtown Rotary and Lions Clubs.  In addition to the Ventura Land Trust board, he currently serves on the boards of Ventura Fair Foundation, Pier Into the Future Foundation, and Ventura Visitors and Convention Bureau. Through his involvement with Kirwin International Relief Foundation, and with donations from Ventura’s Rotary and Lions Clubs, he traveled to provide disaster relief in the aftermath of Hurricane Sandy, the Nepal earthquake, and flooding in Baton Rouge. Locally he led the committee to pass the first SOAR vote that allowed creation of the successful Ventura Community Park. Co-Founder of the Ventura Marathon as well as the Ventura Turkey Trot (9th year),  he has raised awareness and funding for local charities. Steve enjoys ocean swimming, skiing, hiking, and cars! He is a long-time endurance event competitor, including participating in the New Zealand Ironman with wife Caroline in 2009. 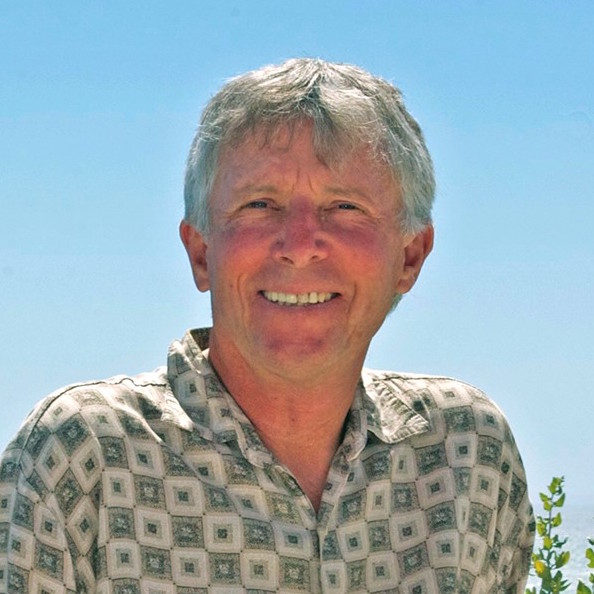 DENNIS KULZER was born in Southern California and grew up participating in Boy Scouts, camping and visiting national parks with his family. He has had varied professional and volunteer careers that have taken him across the Pacific Northwest and around the world. During the 1970’s – 1990’s, he worked for the City of Los Angeles as a mechanic/supervisor, served as a volunteer Orange County firefighter and, in 1990, with his wife, Jayne, joined the Peace Corps and served in the Kingdom of Tonga as an Industrial Arts teacher and vocational training program developer. In 1993, Dennis and Jayne moved back to the U.S, where he worked as a mechanic/fleet services supervisor for the University of Washington and later, City of Bellevue, Washington. It was here that his two daughters were born. In 1995, Dennis took a leave and spent 14 months working in the Rwandan Refugee Camps in Western Tanzania. He began his service with the International Rescue Committee as Head Mechanic/Logistian and eventually ended up coordinating all programs in support of 400K refugees in the region. Dennis moved to Ventura in 2003, and for 13 years served as Fleet Services Supervisor for City of Ventura. Recently retired from the City, Dennis currently keeps busy volunteering with Channel Islands Restoration, local homeless programs, Channel Islands National Park and, of course, Ventura Land Trust! Dennis and his wife Jayne, who is a program manager of HIV Intervention and Research programs in Western Kenya, for UC San Francisco, enjoy hiking, bicycling, paddle boarding, sailing, running, camping and backpacking and their two young adult daughters. 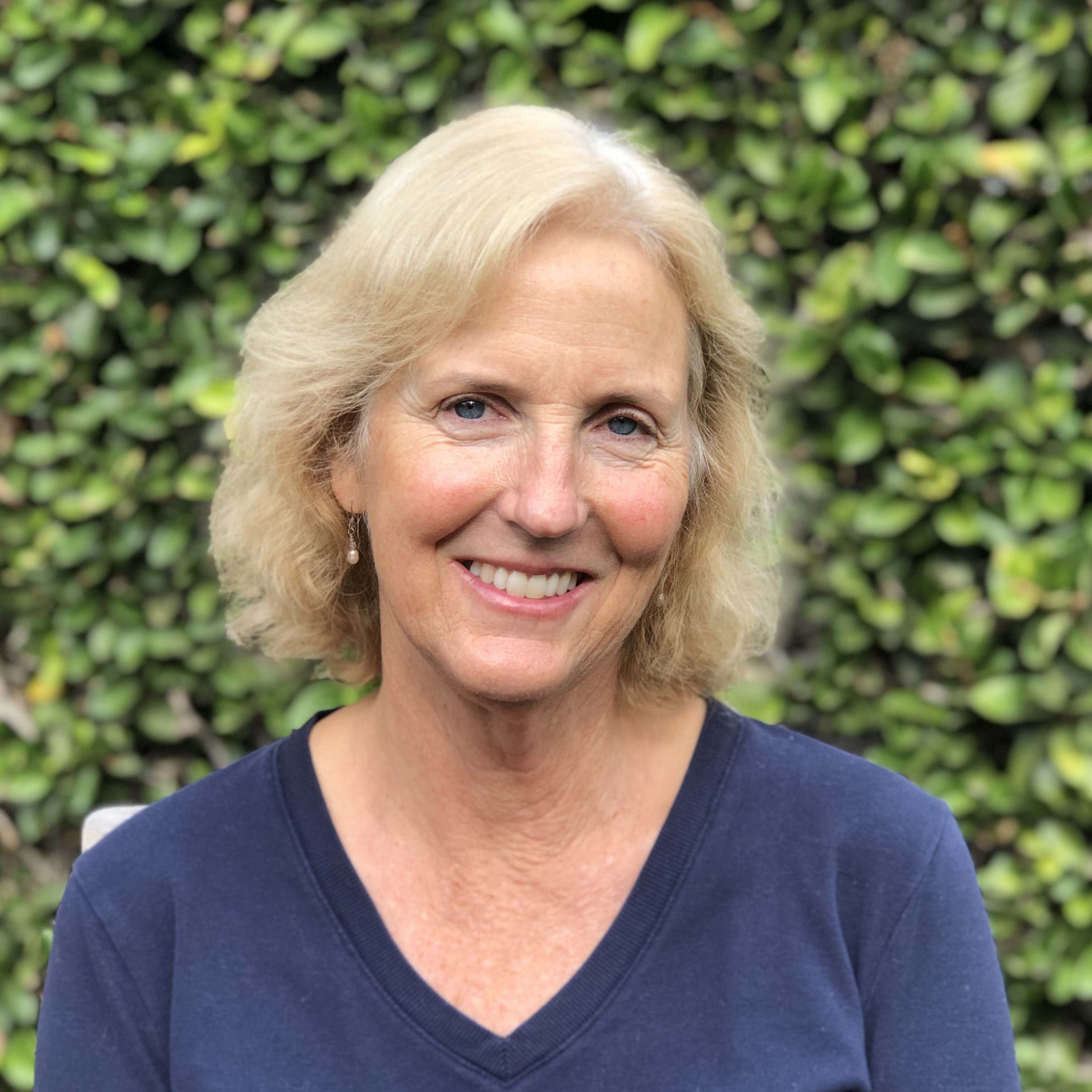 JANE MONTAGUE, a Ventura native, grew up spending time in Ventura’s hills as well as in the Sierras, Channel Islands, National Forests, and bodysurfing at the local beach breaks. A graduate of Loyola Marymount University with a degree in Civil Engineering, Jane is a registered California Professional Engineer and a Certified Floodplain Manager who specializes in land, earth and water. She is the 30-year owner of Lewis Engineering, the first engineering consulting firm to receive the City of Ventura’s Green Business Certification. Jane’s work allows her to advocate for the outdoors as well as support a variety of local nonprofits. In addition to serving on the Ventura Land Trust board, she volunteers with Surfrider Ventura, the Ventura Botanical Gardens, Ojai Valley Land Conservancy and the Sierra Club where she has participated in and helps coordinate the Wilderness Basics Course program. Jane lives in Ventura with her husband Curt and two adult children, Sarah Jane and Jason, She has instilled in her children a great love and respect for our planet and the way we interact with it. Jane loves traveling, gardening and being outdoors and is proud to advocate for Ventura County’s natural areas that need human protection. 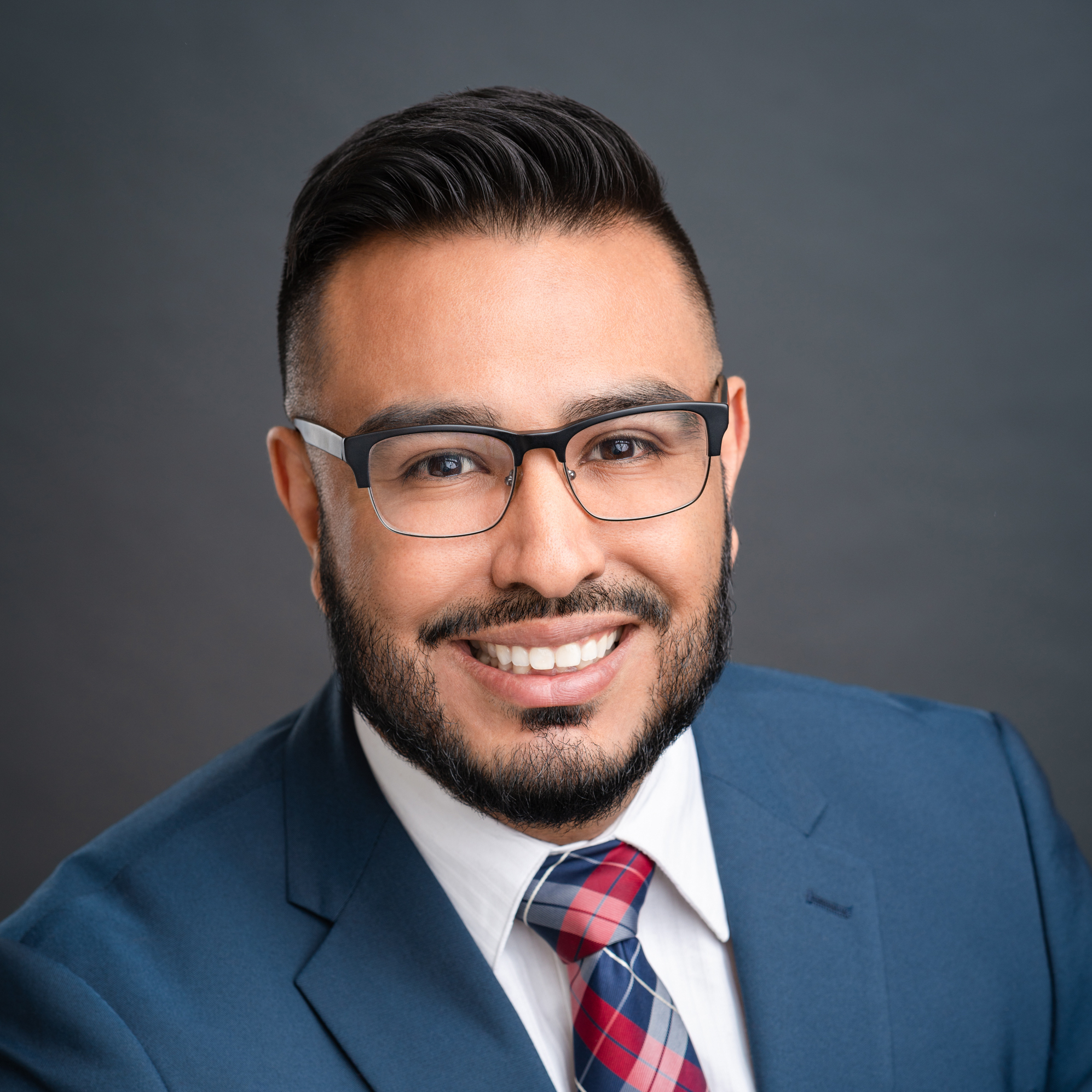 OSMANY 'OZZIE' RIOS, a native of Southern California and has resided in Ventura for the last 10 years. Ozzie is passionate about helping his community. He volunteers with various local organizations and often finds himself teaching financing literacy classes, participating in community clean up days, and rolling up his sleeves while helping us maintain our natural resources pristine. Ozzie has served as a board member for the Westside Community Development Corporation since 2018 and is proud to have recently joined the Ventura Land Trust Board. Ozzie is a 15 year veteran in the banking and finance field and is currently working for Mechanics Bank. Ozzie obtained his BA in Psychology from the University of California, Santa Barbara in 2004. When he is away from the office, you can find him seeking adventure in hiking our local trails, at the beach, or out an off roading adventure.  Ozzie also considers himself as a  lifelong student and is always seeking to quench his thirst for knowledge.  If not outdoors, he can be found at your local museum or TED Talk. 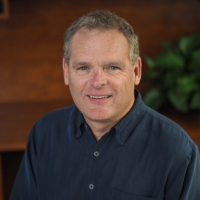 DOUG TRAPP grew up in the West San Fernando Valley, where he often explored local hills that had no official public access. That experience continues to fuel his desire to support responsible public access to open spaces. Doug has a BA degree in Speech Communication from Humboldt State University and has been a volunteer and paid host for public radio. He began his full-time career in construction in Seattle in 1990, where he raised his daughter Jessie. In 2013, he married his long-time friend and schoolmate Mary, moved to Ventura, and gained two great bonus children, Kate and Kyle. As General Superintendent for a Ventura-based general contractor, Doug has become further connected in the community. Joining the VLT Stewardship committee in 2019, he helped with the development of the parking and maintenance areas, and trails at Harmon Canyon. When not working or volunteering, you will find Doug tinkering on the house or boat, picking on a mandolin, spending time with family and friends on the beach and on the water, or exploring the Sierras or local hills. 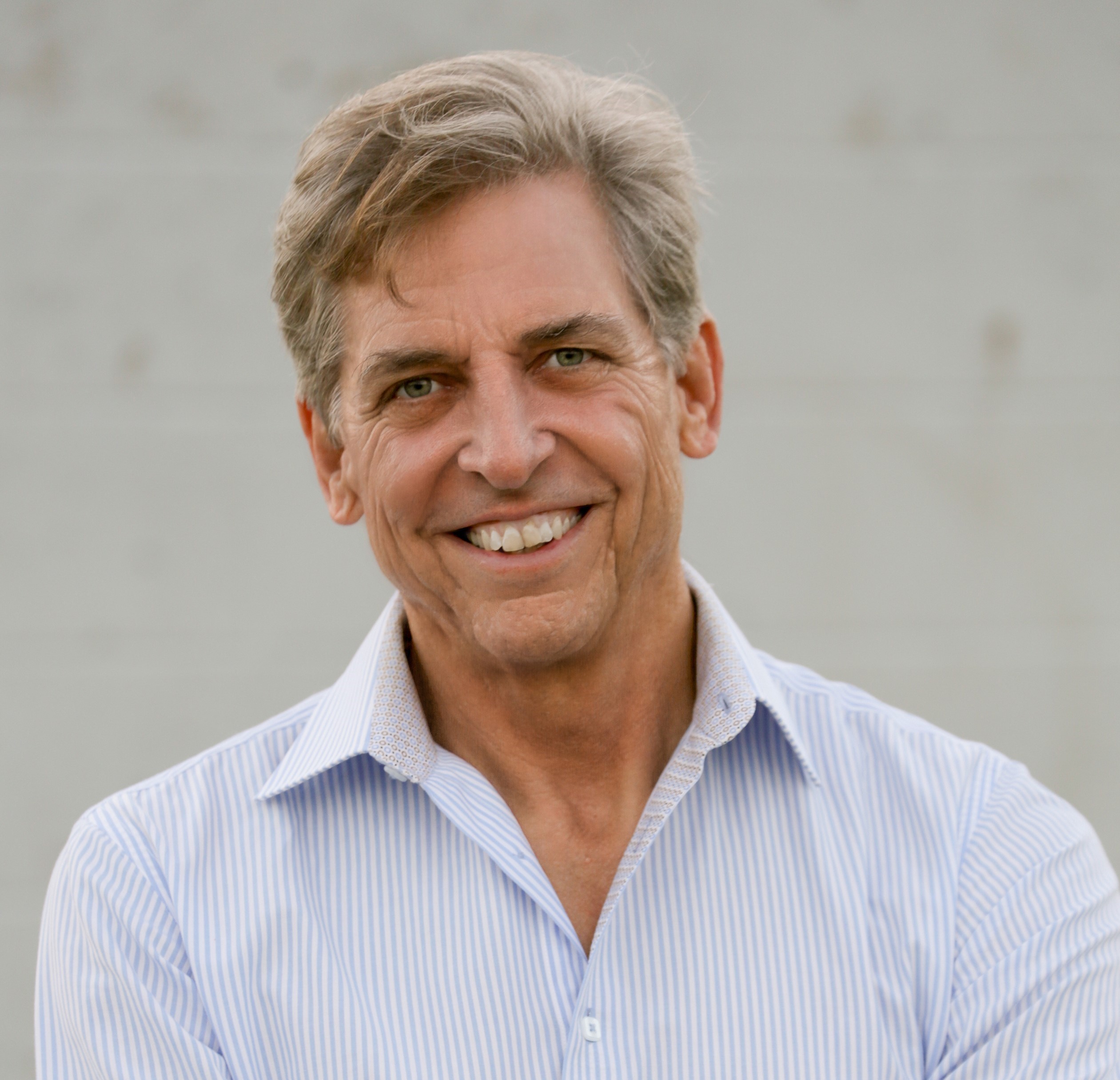 DON WOOD joined the Board of Trustees in July, 2017. Born in Western Pennsylvania, Don spent his “wonder years” hiking and biking the hills, waterways and countryside of Ventura County.  A graduate of Occidental College, Don recently completed a 34-year career in the telecommunications industry.  He and his wife, Stacy, have lived in Ventura for 28+ years, where they raised their daughter, Paige. Don has been actively engaged in the community throughout that time, as a member and past President of the Ventura Education Partnership (VEP), a candidate for Ventura Unified School District Board of Education, long-time emcee of VEP’s Festival of Talent and the “Voice of Relay” for dozens of American Cancer Society Relay For Life events throughout West Ventura County. In addition, Don has lent his voice and emcee talents to dozens of other events and worthwhile causes. Don believes our quality of life is inextricably tied to the environment – our hillsides, waterways and countryside - and is proud to lead the Ventura Land Trust Board.